New York has just passed a bill banning the sale of foie gras from force-fed birds in the city thanks to the cruelty inflicted on animals to make the product. 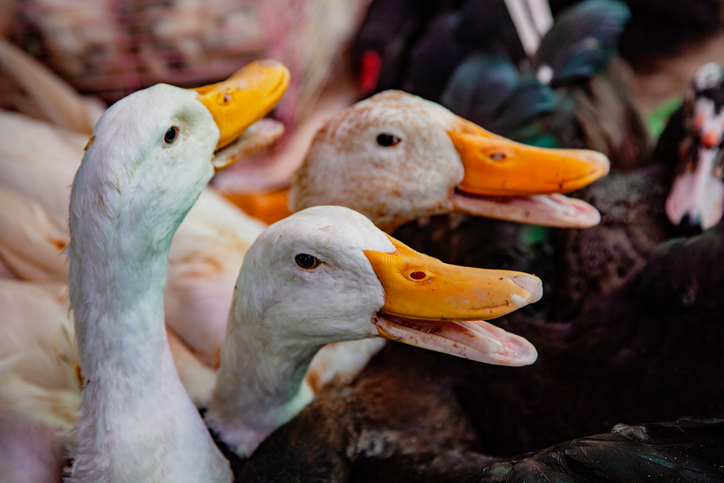 Restaurants and grocery stores in New York will no longer be allowed to sell foie gras from force-fed birds amid animal cruelty concerns after the bill passed the city council Wednesday.

The ban, which will come into effect in 2022, will see violators receive fines of up to $2,000 and face a civic penalty.

Carlina Rivera, a Manhattan councilwoman who sponsored the foie gras legislation, said her bill “tackles the most inhumane process” in the commercial food industry. “This is one of the most violent practices and it’s done for a purely luxury product,” she said.

The significant welfare issues surrounding the foie-gras production are well documented and mainly focus on force-feeding, through a practice called ‘gavaging’, and poor housing. This barbaric practice sees the birds being force-fed a tremendous amount of grain using a tube fed by a pneumatic or hydraulic pump that is both cruel and damaging to the birds’ health.

Only male ducklings are used in French foie-gras production, as they put on weight quicker and their livers are less veinous. Almost all females are killed at a day or two old, either by being gassed or thrown alive into industrial macerators.

Subscribe to our newsletter and follow Vegan Food & Living on Facebook to keep up to date with the latest news, recipes and product launches from the vegan community.

Did you know we deliver vegan meals in Philadelphia? See, NightOwl Vegan

As a former Type 2 Diabetic, I know the importance of healthy eating and that fruit, vegetables, nuts, and grains provided by nature can improve our overall health. I believe simple ingredients that are locally sourced, sustainably grown and harvested create the most delicious meals & desserts. In fact, we know, scrumptious desserts and meals can be made without eggs, dairy milk or dairy butter. Our customers tell us so. Our mission is to share information about healthy eating, make a plant-based way of eating more approachable and delight our customers with amazing, low-sugar soy and GMO-free plant-based food. At NaturallySweet Desserts and Night Owl Vegan, we are proud to be part of the solution to improve health and are excited about the lives we have touched. Our meals and desserts are 100% Vegan and 100% Delicious.

This site uses Akismet to reduce spam. Learn how your comment data is processed.